This week, the Journal of Refugee Studies published a new paper by Deniz Pelek on Syrian refugees working in the agricultural sector in Turkey.

Abstract: This article examines the case of Syrian refugees as seasonal migrant workers in Turkey and critically discusses the working and living conditions fostering their relative vulnerability compared to other workers. Syrian refugees are subject to discriminatory practices in terms of lower wages, longer working hours and improper sheltering conditions. This article explores how unequal power relations between ethnically different groups of workers in the agricultural sector are (re)constructed and the consequences of the emergence of Syrian refugees as a novel class. The essential aim of this study is to unravel the process and practice of ethnically hierarchized agricultural labour market after the entrance of refugees.

END_OF_DOCUMENT_TOKEN_TO_BE_REPLACED

IOM is pleased to announce a partnership with the Turkish Government to build a new labour migration management system! The project focuses on cooperation and collaboration between parties to support Syrian integration into the Turkish labour market.@UKinTurkey @IOM_ROVienna pic.twitter.com/NC3y3EVK1y

The Turkish city of Erzurum sits on an expansive green plain, ringed on all sides by towering mountains. Best known as a destination for winter sports enthusiasts, who flock here when snow blankets the nearby slopes, it is also a gateway for another set of visitors – Afghans uprooted by their country’s long and brutal war.

This article was originally published by IRIN

According to the report of Building Markets, the number of Syrian companies in Turkey is above 10 thousand. According to the report Turkish Economics and Politics Research Foundation (TEPAV) prepared, based on the data drawn from The Union of Chambers and Commodity Exchanges of Turkey (TOBB), 6,589 company was founded with Syrian capital between 2010-2017.

Via Aysecan Terzioglu in Anthropology of the Contemporary Middle East and Central Eurasia 4(2): 34-47 – This article discusses the ways in which discriminatory political, social and cultural discourses and practices against the Syrian forced migrants affect the health of Syrians in Turkey. It also contends that though these discourses and  practices stem from the current political environment, they are also related to complex and problematic interactions between Turkey and Arab countries in the past, particularly the clash between Arab and Turkish nationalisms. END_OF_DOCUMENT_TOKEN_TO_BE_REPLACED 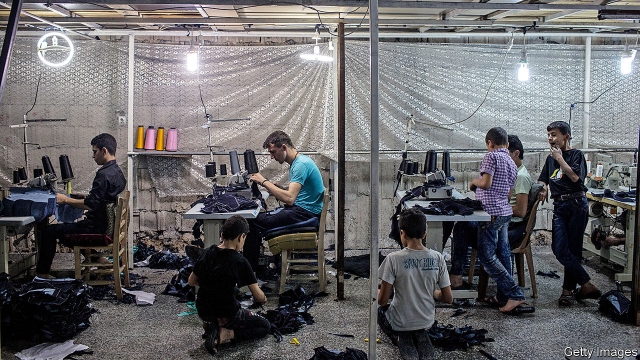 With the recent announcement of a further three billion Euro pledged for Turkey, the existing deal is not as successful as the EU publicly states: NGOs have been harassed and fined, there is little public accountability on how money is spent, and many infrastructure projects are only just beginning

Meanwhile, despite requesting to extend the agreement, Turkey is already crafting a “counter narrative” to send refugees back to Syria.

With nothing to live on, many Syrians are living on their own in the province of Izmir and have arranged a silent deal with Turkey.

Are You Syrious, recently published another report about the situation of refugees in the province of Izmir. Previously HarekAct reported about this topic.

If you are living in the fields in Turkey, you are left to yourself — or the camp community around you. It can happen that no one comes to see you for months and you rarely have the chance to go into more socialized areas away from the olive trees and fields that surround your tents.

The village closest to one of the sites is a few kilometers away on dirt tracks, and if you walk over the field in the opposite direction you will find only a country road. Maybe, from time to time, a mobile shop will stop at the side of the country road and sell you overpriced items. After it rains, the dirt roads are inaccessible by car.

Read the full report including more fotos and videos at AYS.

For more information about the situation of migrants around Izmir check the HarekAct report as well as AYS.

Via Hurriyet Daily News – A total of three Afghan and Pakistani refugees were killed in a fire that erupted in a container they had been living in in Istanbul on Jan. 12. The fire was reportedly ignited from an electric heater. The killed refugees had been living in a container in Istanbul’s Beylikdüzü district and earning their living by gathering paper in the streets. END_OF_DOCUMENT_TOKEN_TO_BE_REPLACED