Via Hurriyet Daily News – On a mountainous road leading west from the Iranian border, 22-year-old Sunnatilla Rasulbek trudges through heavy rain, one of tens of thousands of Afghans hoping to find work and security in Turkey before a wall goes up to keep them out. 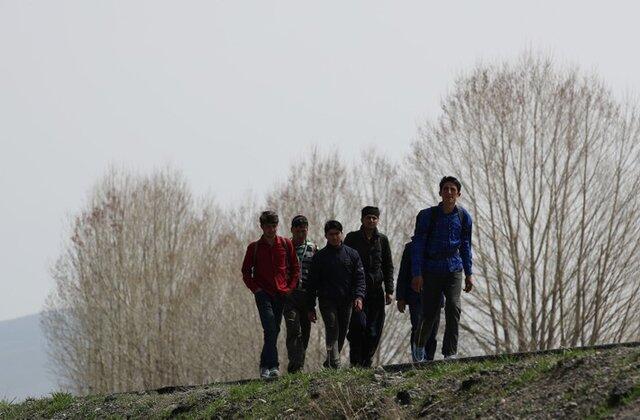 The number of Afghans arriving in Turkey tripled in the first three months of the year to 27,000, driven by conflict and poverty and fears that the route may soon be closing.

While the numbers are small compared to the 3.5 million Syrians who have taken refuge in Turkey, the influx will further strain Turkish authorities, who have flown hundreds of Afghans back to Kabul and are building a wall on the border with Iran and a new detention center close to the frontier.

That has not deterred Rasulbek, walking with three other migrants on the edge of a highway in the foothills of Mount Ararat, the snow-capped peak which towers over eastern Turkey and is associated with the Bible story of Noah’s ark.

Many of them paid smugglers to get them across the porous and hilly border – often handing over $600 to $1,000, the migrants say. Across the countryside groups of them can be seen walking by the roads with few clothes and possessions.

“There is war in Afghanistan and there are no jobs,” Rasulbek says, determined to reach his next destination – the central Anatolian city of Sivas hundreds of kilometres away.

Under a deal signed with the European Union two years ago, Turkey agreed to take back all migrants and refugees crossing illegally by sea into Greece, helping to stem the flow of people arriving in Europe.

It has built a wall along its border with Syria, making it hard for people to reach Turkey from the south. But migrants are still coming from the east, causing resentment among locals who face a jobless rate of more than 10 percent and high rents.

Government spokesman Bekir Bozdağ says the official figure of 27,000 Afghan migrants crossing into Turkey this year from Iran understates the scale of the arrivals, because many have not been detected by authorities.

He said Turkey, which after years of hosting millions of Syrian refugees now talks about helping them return to secure areas in the north of their country, would take a firm line on the latest arrivals.

“Turkey as a country will take the same measures to the illegal refugees from Afghanistan and Pakistan as it does to refugees from other countries,” he told a news conference in Ankara last week.

The 144 km (90 mile) wall it is building on the border with Iran is meant to help stem smuggling and illegal immigration. The wall is half built and will be finished in a year.

Work on the wall “is creating concern that it will be hard to pass once construction is complete” said Ibrahim Vurgun Kavlak, an activist who supports migrants and asylum seekers in Turkey.

He said economic problems in Iran, which has hosted Afghan refugees for more than 30 years, means there are fewer jobs for Afghans there – another factor driving people towards Turkey.

The migrants themselves say they heard rumors that Tehran was preparing to repatriate Afghans from Iran.

Iranian officials told Reuters that thousands of Afghans had voluntarily returned home in the past few months, while many others have headed to Europe via Turkey.

Asked whether Iran was forcing Afghan refugees to go back, a senior Iranian Interior ministry official said: “There is no war in Afghanistan. We and the Afghan government believe that they can return home and help the construction of their own country.”