Via The New Arab – Turkish coastguard are searching for ten migrants lost at sea after their boat sank in the Aegean Sea, according to the country’s state-run news agency.

This article was originally published by The New Arab.

Via Ahval News – At least two children have drowned, and several others are missing, after a boat carrying migrants sank just 50 metres off Turkey’s western coast near the resort of Bodrum early on Monday, Turkish news site HaberTürk reported .

Nineteen people on the boat were rescued, and three made it ashore by themselves, HaberTürk quoted coast guards as saying.

This article was published at Ahval News

Via Hurriyet Daily News – A group of tourists off the southwestern Turkish province of Muğla were surprised to see an exhausted migrant in the sea, who was attempting to cross from Turkey to Greece with a child swim ring. 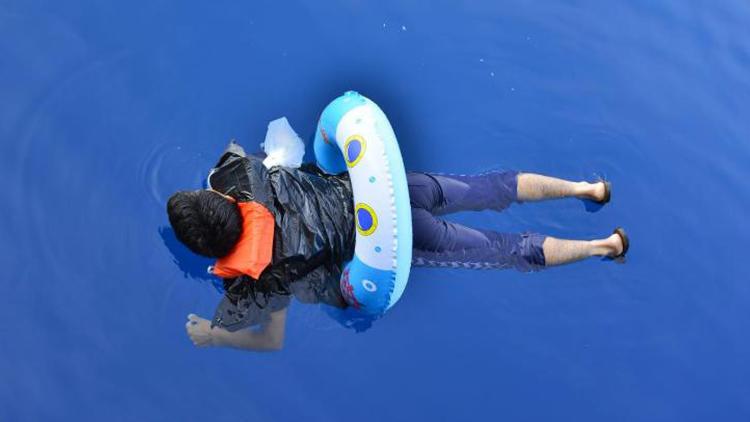 This article was first published by Hurriyet Daily News

Via BBC – At least 22 people, including a number of children, were killed in Turkey when a lorry carrying migrants plunged off a road, state media say.

The lorry crashed through a barrier and landed in an irrigation canal 20m (65ft) below, in the western province of Izmir.

The nationality of the victims was not immediately known.

A day earlier, 11 people thought to be migrants died when their car burst into flames after a crash in Greece.

END_OF_DOCUMENT_TOKEN_TO_BE_REPLACED

Via Danish Refugee Council – 19 NGOs decry conditions at the site, now worse than ever, and call for sustainable solutions to both decongest the islands and improve conditions across first receptions centres in North Aegean Sea.

END_OF_DOCUMENT_TOKEN_TO_BE_REPLACED

People trapped on the Greek Islands are deprived of basic rights

Via Deportation Monitoring Aegean and Legal Centre Lesbos – Since the EU-Turkey Statement, more and more people seeking protection in Europe are deported directly from the Greek Islands to Turkey. According to the European Commission, at least 2,224 people have been deported to Turkey since the implementation of the EU-Turkey deal on 20th of March 2016. END_OF_DOCUMENT_TOKEN_TO_BE_REPLACED

Via Sputnik (23.07.18) – Italian Interior Minister Matteo Salvini said Monday that Turkey was not fulfilling its agreement with the European Union to help curb migration to Europe, despite Ankara having received financial aid that was promised under the deal, pointing out that 1,200 migrants had arrived to Italy from Turkey since the beginning of 2018.

END_OF_DOCUMENT_TOKEN_TO_BE_REPLACED

Via Infomigrants – A new migrant route from Turkey has been opened up by human traffickers – particularly Ukrainian and Russian – to transport migrants to Europe, mainly through Italy. In recent weeks, the smugglers have used sailboats and landed on the beaches of Sicily at night. END_OF_DOCUMENT_TOKEN_TO_BE_REPLACED

The boat sank off the coast of Aydın province, near Kuşadası, a popular tourist destination, it said. Kuşadası district governor Muammer Aksoy said seven children and two women were identified as casualties with no one missing.