Via Daily News – Nearly 20,000 undocumented Afghan migrants have arrived in Turkey over the past three months, an unprecedented number according to the latest figures from the General Directorate of Security.

A total of 17,847 undocumented Afghan migrants have been captured by security forces from the beginning of 2018 until March 29. 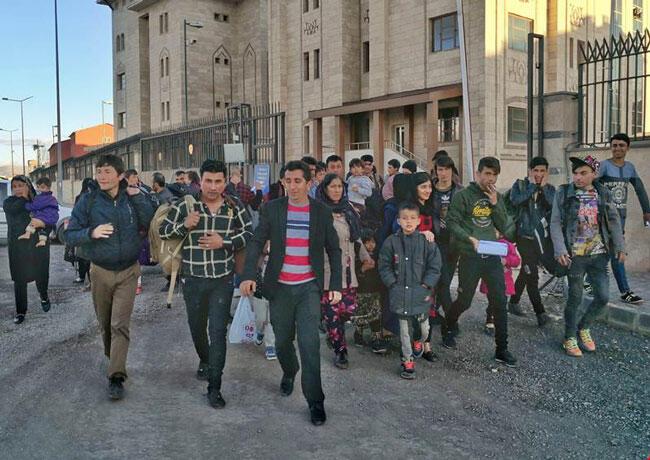 Nearly 500 undocumented Afghan migrants have been determined to enter Turkey per day, which has prompted security forces to examine the case in detail.

As part of the investigation, the Directorate of Anti-Human Trafficking has been established in the eastern province of Erzurum, a hotspot used by migrants to go to Istanbul.

Afghan migrants come to Turkey via Iran, through the eastern provinces of Van, Iğdır, Ağrı and Hakkari.

Security forces have discovered human traffickers prefer to bring the migrants across the borders in groups and charge them around $500 for each border crossing.

Human traffickers bring them, sometimes along with migrants from other nationalities, such as Pakistanis, to the mountainous areas of Turkey’s eastern border.

Those groups, including women, men and children, walk kilometers to reach Erzurum in order to go to Istanbul. To help them travel to Istanbul, human traffickers in Erzurum transport the migrants in vehicles, such as minibuses or trucks.

According to the findings of the security forces, Afghans mainly reside in so-called “safe houses” in the Kocamustafapaşa area of Istanbul, whose monthly rent is around 1,200 Turkish liras ($300).

Many of these migrants are involved in prostitution or encouraged to partake in illegal activities, such as theft or begging. After saving up money in Istanbul, many attempt to go to Europe via Greece or Bulgaria.

The main reason for Afghans to leave their country is the Taliban insurgency, followed by economic problems. Experts say they expect an increase in the number of Afghan migrants.

One of the Afghan migrants, Maryam, who made it to the Dikili town of the Aegean province of İzmir, said they had had enough of the Taliban’s activities in the country.

“We walked for nine days. We first went to Iran and then arrived in Van. We are all tired. The young kids are sick. But we have had enough of the Taliban’s violence, we could not stay anymore,” she said.

Turkey’s legal regulations prepared for Syrians do not include Afghans, thus it is harder for them to stay in Turkey.

Meanwhile, the number of Iranians and Pakistanis is also increasing, according to figures provided by security forces.

Turkey has become a key route for refugees attempting to reach Europe, particularly since the start of the civil war in Syria.