Turkey warned Greece on Tuesday it would not tolerate a shift in the Greek maritime border, a few days after Athens said it planned to extend its territorial waters to 12 miles to the west of the country. Via Ahval –Turkey should seek outside help, rather than trying to handle on its own a possible influx of Syrian refugees due to Syrian government’s expected military offensive in the northwestern city of Idlib, Kemal Kirişci,  director of the Brookings Institute Center on the United States and Europe’s Turkey Project, wrote on Thursday.

Via Ahval (17.08.2017) – Turkey aims to open a new border gate with Iraq in order to allow it to trade with its southern neighbour and bypass territory controlled by the Kurdistan Regional Government in northern Iraq, pro-government Star newspaper said. END_OF_DOCUMENT_TOKEN_TO_BE_REPLACED

Via Infomigrants (1st August) – The migrant route from Turkey to Europe is rising in popularity. Some 14,470 people trying to use it have been stopped by the Turkish Coast Guard so far in 2018, a 60 percent increase on the previous year. END_OF_DOCUMENT_TOKEN_TO_BE_REPLACED

Via Daily Sabah (20th July) – Forty-four illegal immigrants who were apprehended by Turkish troops near the border, claimed they were beaten by Bulgarian police and sent back to Turkey, the İhlas News Agency reported. Migrants from Afghanistan, Pakistan, Iraq and Iran were discovered by gendarme troops guarding the border between Turkey and Bulgaria in the Kofçaz district of the Turkish province of Kırklareli on Friday. They told Turkish officials that they crossed into Bulgaria three days ago but were captured by Bulgarian police. They claimed Bulgarian police officers beat them and stole their money and valuable possessions before sending them back to the Turkish side of the border. END_OF_DOCUMENT_TOKEN_TO_BE_REPLACED

Reporting from the kritnet conference in Göttingen – Part 2

Since the EU-Turkey Deal, the number of clandestine border crossings has dropped substantially, and the agreement is still deterring many migrants from crossing the Aegean Sea. But that’s not the whole picture: Since April 2016, more than 60.000 people made it across the Aegean, and boats are still landing on the islands on an almost daily basis, despite augmented border control. Recently, the number of migrants arriving on the Greek Aegean islands via the sea are increasing again. While around 3.200 people arrived between April and May 2017, the number almost doubled during the same period in 2018, with circa 6.000 migrants making it safely to Greece. This year up until mid-June, circa 13.000 migrants have crossed from Turkey to Greece, with most of the boats still arriving on Lesvos island (ca. 7.000) (see UNHCR).

In the following text, I will take a closer look at the changes and dynamics in the Aegean Sea following the EU-Turkey Deal. Although border patrol agents are increasing their capacities, we are still witnessing many disobedient border crossings and a civil society which continues to report about rights violations at sea. END_OF_DOCUMENT_TOKEN_TO_BE_REPLACED 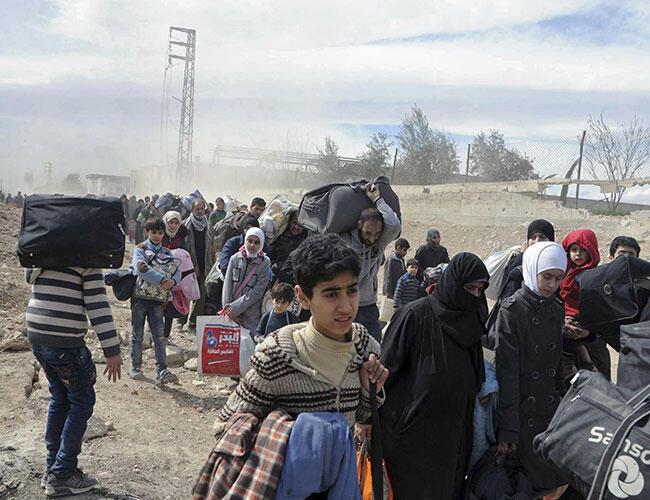